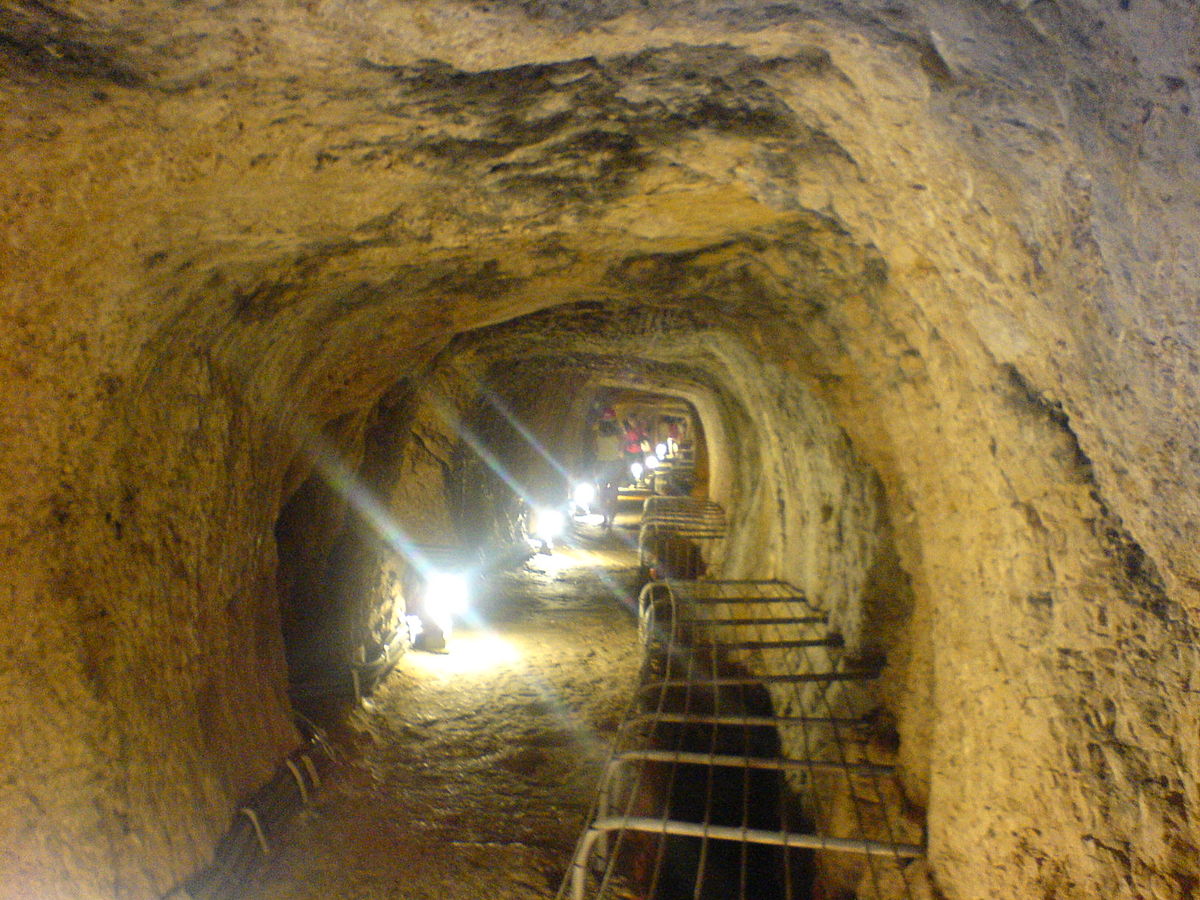 The tunnel is 1036 m. long. The average dimensions are 1,80 m high and 1,80 m wide, but in some parts the height is as low as 1,50 m. and the width is as narrow as 0,42 m. The rocky, uneven floor is wet and slippery in some areas and from the ceiling is dripping water in some parts. The temperature is 16,5 – 16,7°C & the humidity is 85 – 97%. Therefore overweight people, visitors suffering from claustrophobia, panic attacks, lumbago, cardiac or respiratory problems, spinal diseases, musculoskeletal disorders causing moving difficulties are strongly advised not to enter. 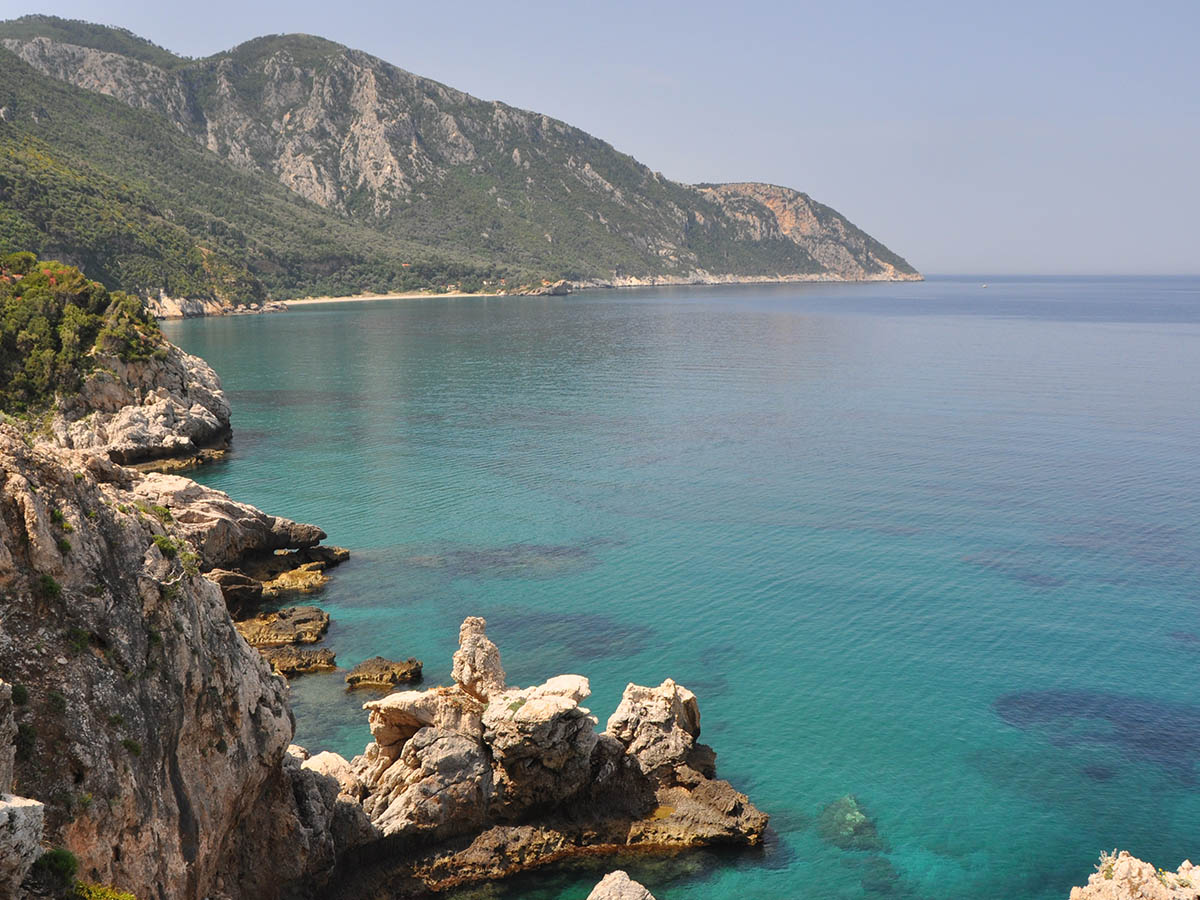 ust 3 kilometers away of Karlovasi, in “Potami” (“River”) area, the famous natural waterfalls of Samos are located. The waterfalls have an outstanding natural beauty and form two small lakes, ideal for those enjoying swimming in cold, almost icy, waters. In order to visit and admire the waterfalls, you have to drive all the way to Potami and then walk an additional distance (1,5 km long), passing by the Church of the Transfiguration (the oldest church of the island, which dates back to the 11th century). The walk by the river is amazing. 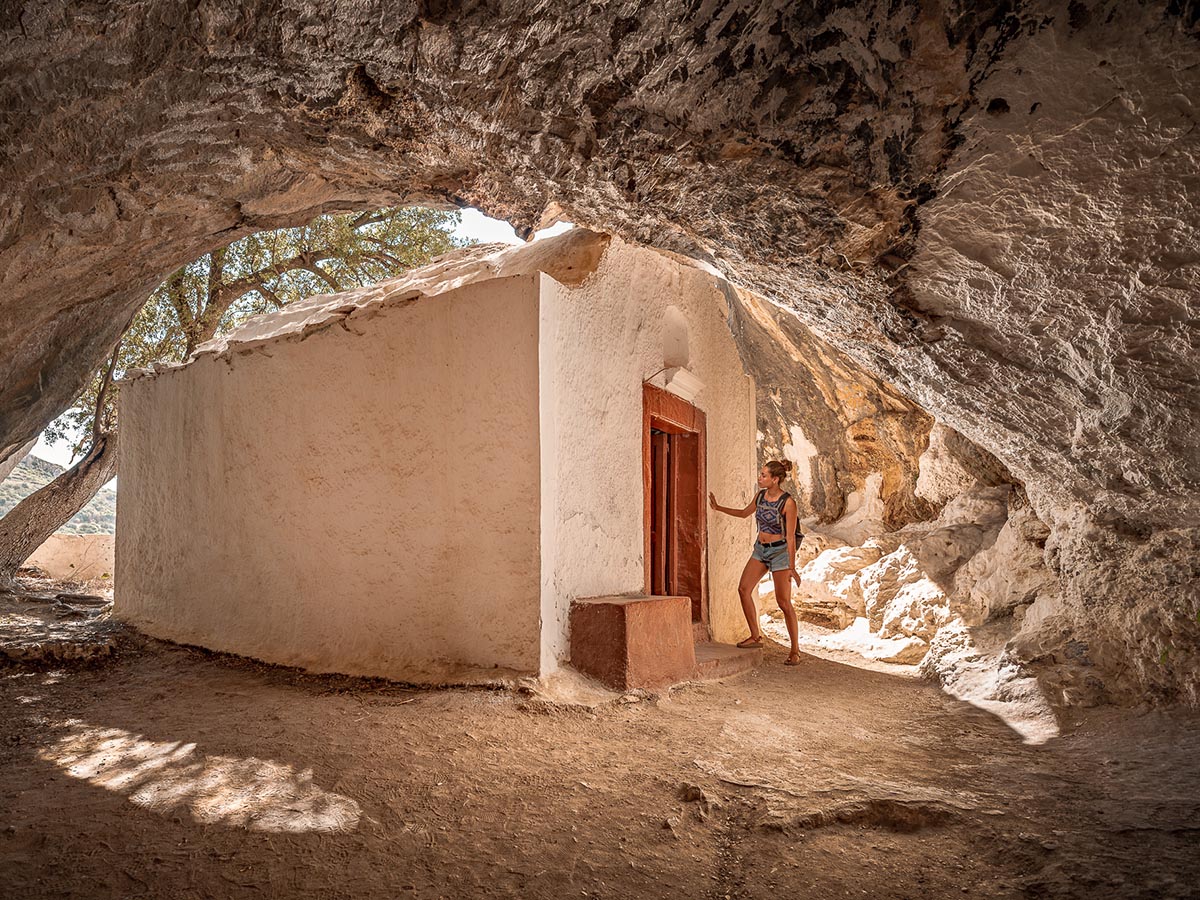 Another account of the story is that the cave was used by Pythagoras when he wanted to be alone and to think over the issues that preoccupied him, before his departure for Croton of Sicily. Panagia Sarantaskaliotissa is a Church of the 11th century, in which valuable frescoes are well preserved. We visited the cave by climbing the 140 steps leading to the “eagle’s nest” that you can see in the photographs. At the end of the route we reached the twin cave, Panagia Saradaskaliotissa on the left and the Cave of Pythagoras on the right! 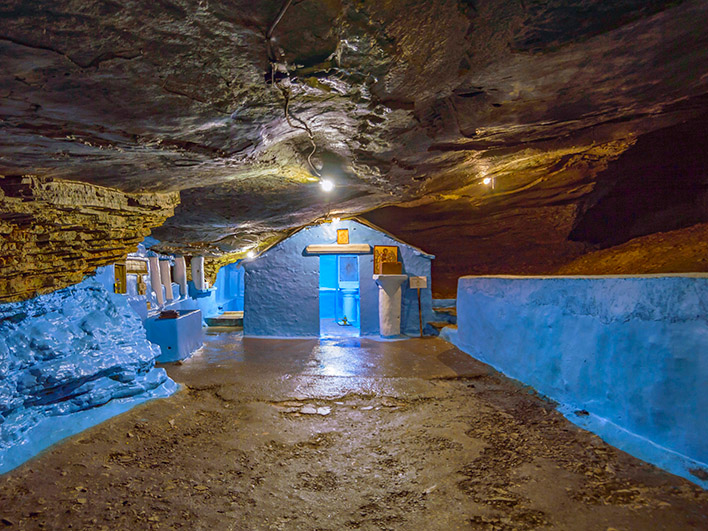 The monastery’s priceless relic is the old miraculous icon of Panagia Spiliani (The Blessed Virgin Mary of the Cave), which has undergone many damaged, thus it is cracked. According to the local tradition, the cracking is due to the efforts made by some foreigners to steal and transfer the icon, in their place, by ship. Locals say that the icon of the Blessed Virgin Mary, wishing to remain in Samos, split and sank in the sea. It was later found on the beach and it was returned in the Church. This is why the icon is also known with the name “Kaliarmenissa”, since the icon sailed back to the island by itself. 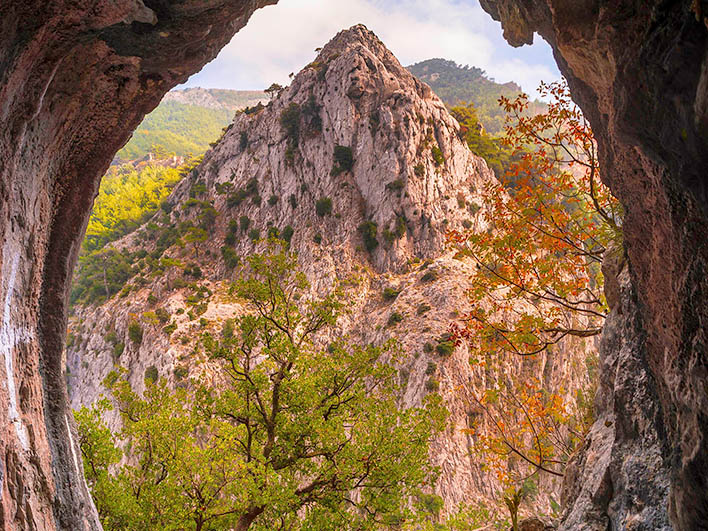 To the west you can see the steep peaks of Mountain Kerketeas. The Monastery dependency is located southwest of Kosmadeoi village at an altitude of 650 meters, inside a ravine that leads to Seitani. It consists of a small chapel dedicated to Zoodochos Pigi (the Life Giving Spring), and a two-storey building with cells. It is an ideal place for isolation and godly ascetic exercise and prayer. In a 15 minutes walking distance (some 500 meters), through a narrow path, is located the famous Kakoperatos Cave, where, in the past, use to live hermits, who had built a small chapel called Kakoperatianis or Pera Panagia. 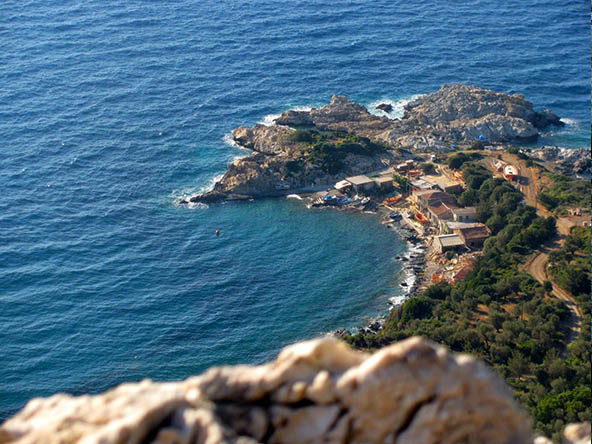 Tarsanas means small shipyards and shipbuilding plants which usually hauled small boats and fishing boats for cleaning and storage. The old traditional tarsanas at Agios Isidoros in the past constituted of several independent units for building and repairing vessels, but today there is only one person working there. He is named Psilopatis and is famous for his skills in the entire island The shipyard is situated some 5 kilometres far from Kallithea the visitor may also access the place from Drakaeoi, but you should bear in mind you will drive on a dirt the last 4 kilometres on a dirt road.